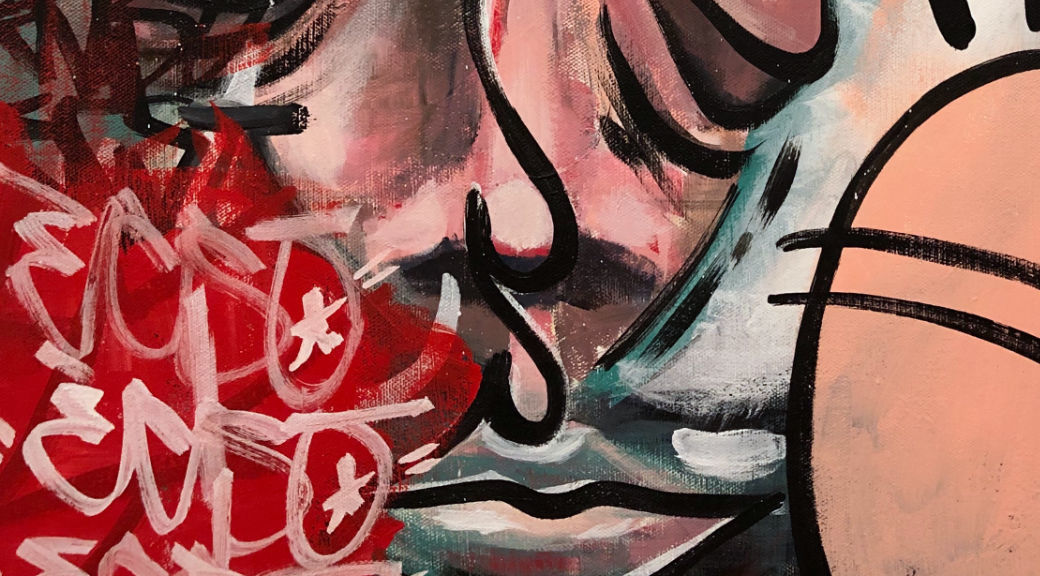 In a previous life I was a graffiti artist. But I didn’t really understand it, and didn’t really vibe with it completely. I think it was too much of me trying to fit in rather than actually belonging. I remember someone getting annoyed at my sketchbook for being too artsy fartsy, which was pretty funny but also telling in what was important within the small scene in the area. But like, as an art form, I think it needs to be more than a tight wild style or fresh letter forms. Those are just like, details. The culture can be hyper focused on things that I don’t think actually matter. But there were many things I did love, and still have mad respect for. The technical quality of the craft by some is absolutely incredible. The passion for living and breathing graffiti. Those things are dope.

Graffiti is masculine energy and full of confidence. It’s also “fuck the system” and “fuck the rules” while being constrained by it’s own narrow systems and rules. It’s yelling into the void because no one is listening but you don’t really know what to say in the first place. It’s angry as shit. To me anyways.

I liked how this canvas turned out. I like the buffed out feel to things here. Paint, Buff, Paint, Buff, Repeat..